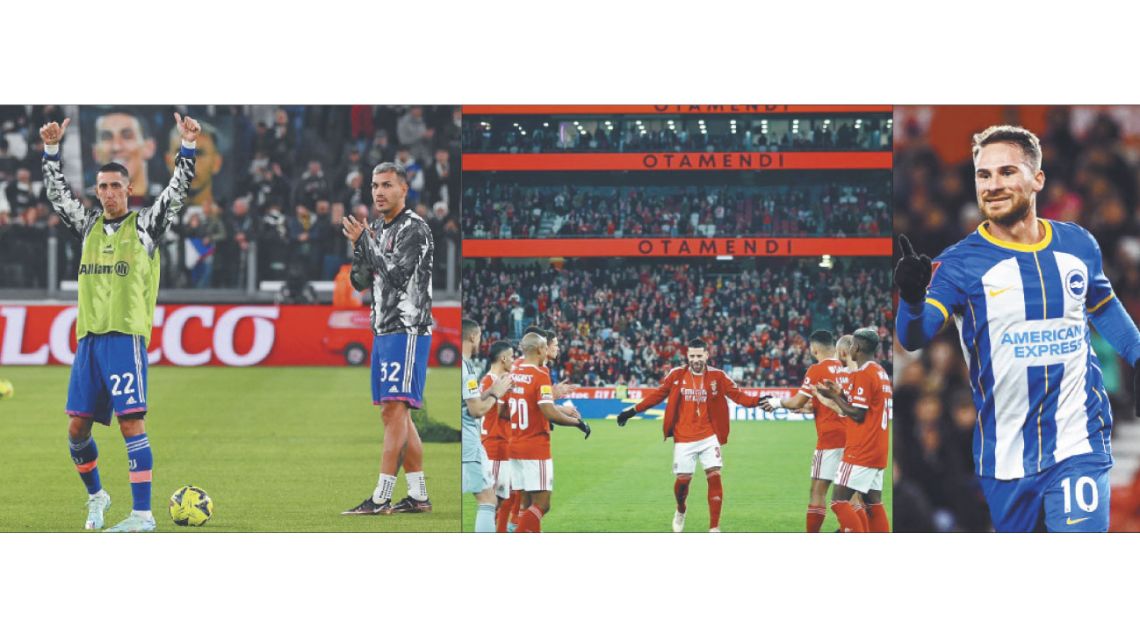 The Argentine flags appear, almost suddenly, in each grandstand of each European stadium. In Calcio, in the Premier, in the Portuguese or Spanish league. They appear when a world champion is received with the medal hanging from him and they applaud and cheer from all four sides. It is difficult to measure the dimension of the World Cup won a few weeks ago in Qatar, but these postcards can serve as a synthesis: Argentina –or Argentine soccer– has been revalued, homologating from the collective a status that it already had as individuals. Flags in your heart.

In an evanescent world, the millionaire offer from Chelsea to Benfica – which existed, but it was not for the amount that had been discussed at the beginning – for Enzo Fernández is perhaps the most tangible way of verifying that the footballers of the National Team had another value after the World.

Because although in international football money seems like everything, it is not. It is demonstrated in this celebration that lasts 20 days later, in the happiness of Messi, Di María and all the players of the National Team. But it also expands: then, the joy becomes a claim and tribute in their respective clubs.

The greeting of Nicolás Otamendi to the Benfica public, with the screens of the Estadio da Luz bearing his name, releases a symbol of this time. The ovation to Leandro Paredes and Ángel Di María at Juventus, too.

It is the first time of the three in which Argentina won the world championship that its soccer players do not live or play in the country. What in 1978 or 1986 was the exception is now the rule. Only Franco Armani received the greeting in Argentine stadiums, with fans who suffered and enjoyed almost like him.

The particularity will be with Messi, who will take his happiness and world champion medal to France, the country from which the National Team won the most epic final in the history of the World Cups. There are those who say that in some stadium it could be whistled, something that we will know over the weeks. For now, tributes are also appearing on French lands: Messi was received by his teammates from Paris Saint Germain with a hallway; and Nicolás Tagliafico, with flowers and a T-shirt that said “champion du monde”.

At Brighton, Alexis MacAllister received him a few days ago with party favors and hugs, and yesterday he returned that tribute in the form of goals: he scored two in the 5-1 win against Middlesbrough for the FA Cup. One was a heel, which It led to the entire stadium standing up and giving him an ovation.

The one who also received an ovation, although he does not play, was coach Lionel Scaloni, who gave the kick-off yesterday in the match that Mallorca beat Valladolid 1-0. The DT, born in Pujato, Santa Fe, is a neighbor of the Balearic club where he served as a midfielder in the 2008 squad, he was applauded at the Mallorca Son Moix stadium and received a shirt with the number 5 and his name printed on the back as a gift. In this tribute to the coach who made us happy, there is also a tribute to all Argentine football.

After a World Cup that he himself defined as somewhat disappointing due to his individual performance, Lautaro Martínez scored again. The Argentine striker scored the second goal in the 2-2 tie between Inter and Monza, on date 17 of Serie A, which in the morning shift had seen Juventus win, with Di María as starter, against The Udinese. Juve was second, four points behind Napoli, who today face Sampdoria as a visitor on Sunday. Today, in addition, but in Spain, Atlético de Madrid and Barcelona play, in a match that will also have several world champions.

Last weekend marked the start of the professional league. The world champion football placed first and the second date of…