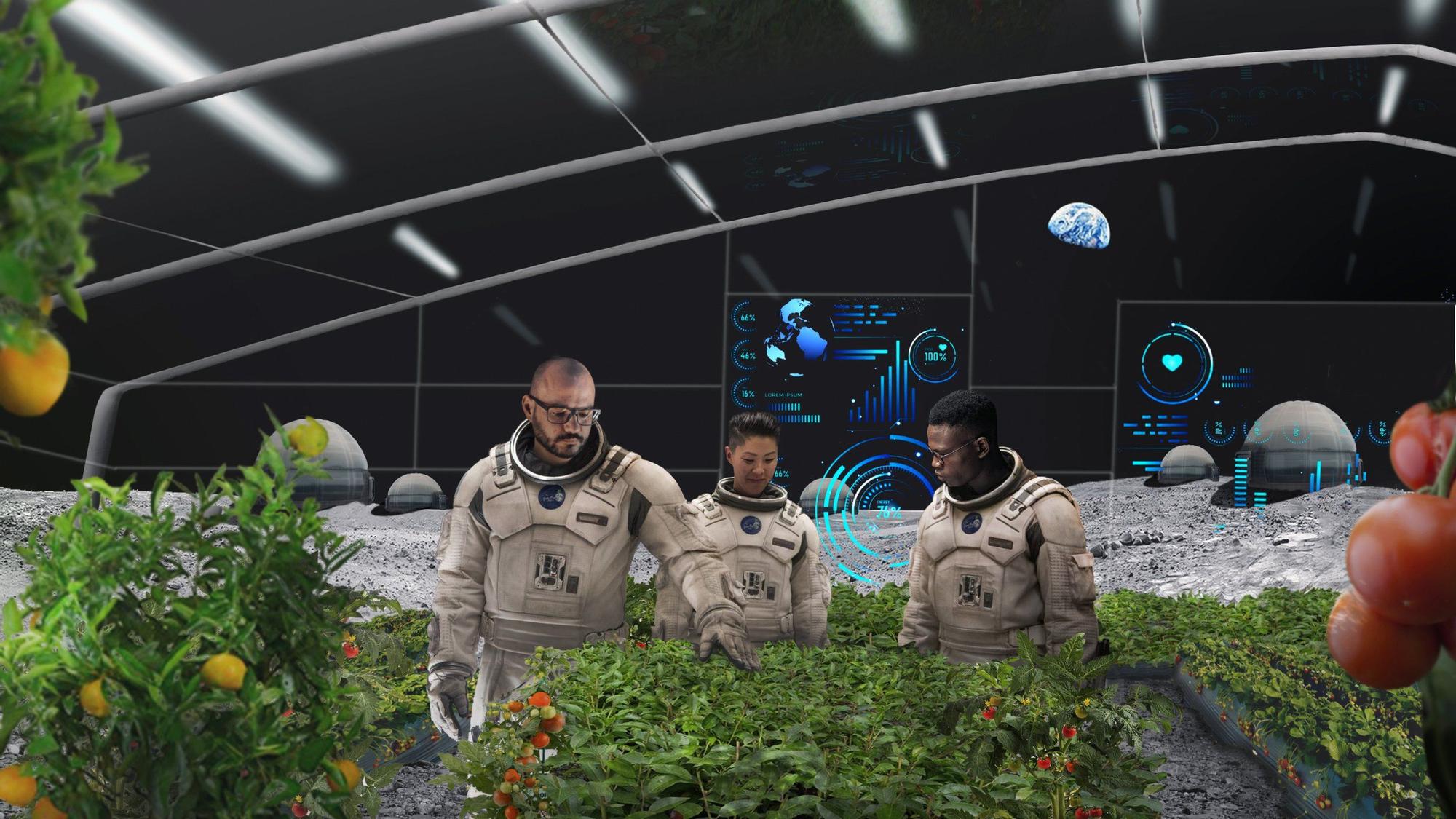 Imagine the following scene. are you on the moon. He is one of the first humans selected to live outside of his home planet. In his spaceship he has minimal supplies but needs to start his own lunar cultivation to survive. Where would he start? the research project ‘Green Moon Project’led by a team of Spanish scientists, points out some keys to plant food on the moon. write down the tutorial because, if the situation arises, it could save your life (or at least your dinner).

The first thing to take into account when setting up a crop on the Moon is that, beyond the spectacular views they have from there, on the lunar surface conditions are very adverse. Starting, for example, with the atmosphere. There is neither oxygen nor nitrogen nor carbon dioxide. That is, no food for plants (or air for humans, worth noting). The lunar soil has so many metals heavy that it is impossible for life to sprout there. And as if that were not enough, on the Moon the temperatures are extreme. At night it can reach -184 degrees Celsius and during the day it can go up to 214 degrees.

Is it possible for something to break out in this hostile environment? “It is complicated but it has already been achieved”

Is it possible for something to break out in this hostile environment? Against all odds it seems so. “It is complicated but it has already been achieved. In 2019, a Chinese team of researchers managed to make a plant sprout on the Moon. Now we are perfecting the technology so that, in the future, it will be easier plant out of the ground“, Explain juan hernandez, astrobiologist of the ‘Green Moon Project’ in an interview with EL PERIÓDICO. The initiative, which aspires to become a benchmark for extraterrestrial agriculture, plans to send the first ‘space grow kit’ to the Moon in 2026 in collaboration with a team of scientists from China.

So there goes the ultimate tutorial on how to grow plants on the Moon. Pay attention to the steps and the material you need because, remember, what to bring a kilo of material to the Moon costs close to one million dollars. So it’s better not to miss anything.

The first step in this tutorial (without which there is no point in continuing) is to take a probe to the moon. In reality, as Hernández explains, what you need is a miniature greenhouse to protect plants from the hostile lunar environment. In the prototype developed by the Spanish team, the capsule is capable of encapsulating the oxygen, nitrogen and carbon dioxide necessary for the plants and, in turn, maintain an “optimal temperature”“Between zero and 25 degrees Celsius.

The second step is soil preparation. Here you better put on your gardening gloves because you need create a concoction of earth. First of all, collect some lunar soil (rich in regolith). Then mix it with one part of organic material (which you will have transmitted directly from Earth). Finally, add a handful of terrestrial mechanisms (such as bacteria of the genus ‘bacillus’). In this amalgam he will plant his future food.

Once we have created the right environment to plant, it is finally time to sow the seed. But which one do we start with? “In an environment like the Moon it will be necessary to plant very efficient speciesthat they grow fast, that they do not need excess water and that they have an important nutritional contribution”, explains Hernández.

Leafy crops (such as lettuce and spinach) are, so far, the ones that have worked best in experimental settings. there are also many hopes pinned on radishes and root vegetables (Apparently, Matt Damon’s potato farm on Mars wasn’t all that wrong.) If what you want is eat mango or avocado better stay on Earth because, according to the astrobiologist, on the Moon it is not worth cultivating species that needs so much water and so much time to thrive.

At this point, if you have followed the tutorial step by step, it is very likely that with time and patience you already have your lunar plants. Congratulations, you can now enjoy them. But before taking a bite, one last note. The taste may not be exactly the same as you remember from Earth. Years ago, astronauts on the International Space Station began their zero gravity experimental plantations and, as diners explain, alien plants don’t taste exactly the same.

The space potatoes have less starch than terrestrial ones. Tomatoes, less vitamins. And the the chillies are spicier. In the case of lunar crops, which will sprout in an environment where gravity is six times less than on Earth, there is still there is no clear data on how its fruits will be. So if you are reading this tutorial from the Moon, you will already tell us what the first alien potatoes taste like.