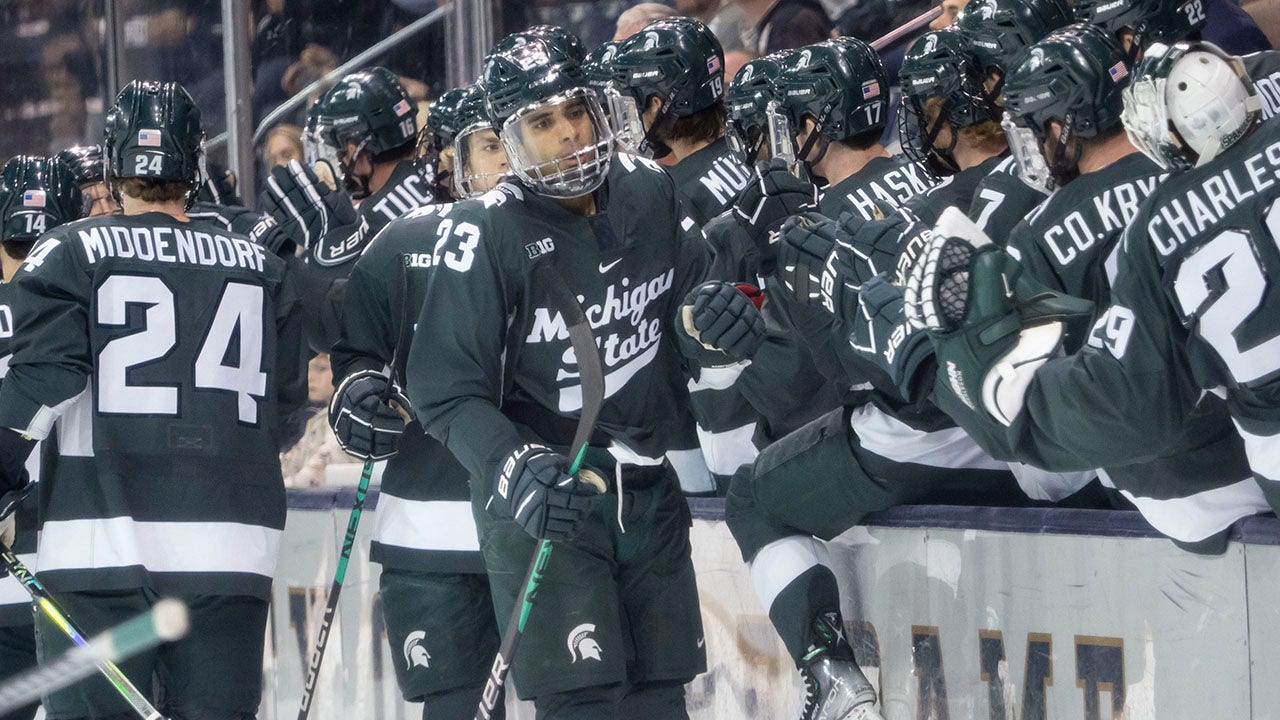 A Michigan State hockey player accused a ohio state adversary of directing a racial slur at him during a college hockey game on November 11.

On Monday, Jagger Joshua, Michigan State Senior posted a message on social media claiming a racial slur was directed at him multiple times in a 4-3 win over the Buckeyes.

Jagger Joshua, #23 of the Michigan State Spartans, follows the play against the Ferris State Bulldogs in the first period of the consolation game during the Great Lakes Invitational Hockey Tournament on day two at Little Caesars Arena on December 31, 2019 in Detroit. Michigan State defeated Ferris State 5-2.
(Dave Reginek/Getty Images)

“Acts of racism do not belong in hockey as they can discourage African Americans and minorities like me from playing and loving the game,” Joshua wrote in a statement posted on Twitter. “Inaction on racist comments and actions allows these behaviors to continue.

“On November 11, at our game against Ohio State, one of their players racially slursed me multiple times. One of the officials heard the slur and gave the player a game misconduct penalty. There was an investigation by Big Ten in the days — after the incident, but no further action has been taken by the Big Ten conference or Ohio State.”

A look at the scorecard shows that a 10-minute game misconduct penalty was issued to an Ohio State player in the second period of the game.

“Due to the absence of indisputable evidence presented to the conference, the conference has not imposed further disciplinary action,” the Big Ten said in a statement to The Detroit News.

“The big ten Conference is committed to providing our student-athletes with inclusive environments free from acts of harassment or discrimination in any form.

“The safety and well-being of our campus communities remains our top priority.”

Wisconsin goalie Jared Moe, #35, makes a save while Michigan State forward Jagger Joshua, #23, goes for a rebound during a college hockey game between the University of Wisconsin Badgers and the Michigan State University Spartans on January 14, 2022 at the Kohl Center in Madison, Wisconsin.
(Lawrence Iles/Icon Sportswire via Getty Images)

Joshua is in his fourth season at Michigan State and he is fifth on the team in points (11) with six goals and five assists.

“Inaction has left me confused and pessimistic about the diversity movement within hockey culture,” Joshua continued. “Ignorance of racism doesn’t belong in our game, and I feel I have to make people aware that this incident happened, because without acknowledgment, the problem gets worse.”

Adam Nightingale, who is in his first year as head coach at East Lansing, issued a statement via michigan state athletics.

“At Michigan State, we are committed to a safe and welcoming space for our student-athletes,” Nightingale said in a statement to Twitter. “It’s important to me that all student-athletes feel comfortable and supported in our locker room and in our program.

“I am proud to have Jagger Joshua on our team.”