Almost a hundred years of sexual assaults take place in and around Cairo’s Tahrir Square in a couple of days and on the sidelines of protests against President Mohamed Mursi, report to Human Rights Watch (HRW).

The New York-based organization reports at least 91 cases of assault that could occur as rape since June 28, with data provided by local anti-raping associations, that becomes a recurring phenomenon and outside the demonstrations in Egypt.

A HRW statement reports five attacks against women June 28, 46 on Sunday June 30 – the day with the most incidents in the demonstrations – 17 on July 1 and 23 on July 2.

The most common scenario described by the victims is that of a group of young men “identifying a woman, surrounding her and separating her from her friends” before the attack, and then they tear her clothes and even rape her. In some cases, the victim was dragged along the ground to continue being attacked in another place.

In many cases, these attacks, some of which lasted almost an hourended up in the hospitalization of the victim. HRW reports that some women were “beaten with metal chains, sticks, chairs and even with knives”.

The statement regrets “the negligence of the government” with this problem, which could lead to a culture of “impunity”.

Given the magnitude of the phenomenon, groups have been established in Cairo dedicated for months to identifying sexual abuse and protecting women during protests. These attacks are in many cases directed at foreign journalists.

In the absence of arrests, those responsible for these acts could not be correctly identified. However, some of them belong to groups of thugs who take advantage of the fact that the police are no longer present in Tahrir to commit the assaults.

Militant anti-violence groups believe these acts are intended to discourage women from participating in anti-government demonstrations and tarnish the image of emblematic events that take place in the square in favor of pro-democracy movements.

If Africa were not called Africa

A heartbreaking testimony about the problem that obstetric fistula poses for African women and about the hope of solving it.…

Revolts in the Arab world: They denounce almost a hundred rapes in Tahrir Square in Cairo 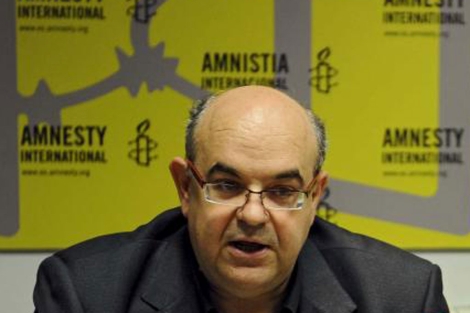 AI: The economic crisis in Spain has become a human rights crisis

The director of AI in Spain says that the Spanish government "violate your international obligations" if it restricts assisted reproduction.…