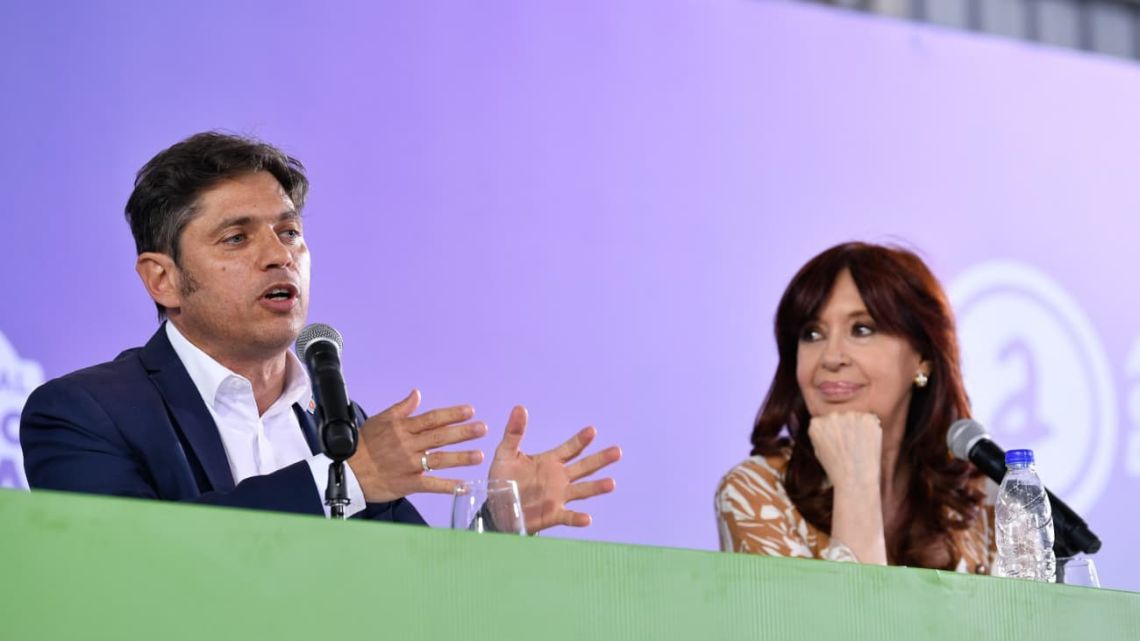 Despite her “resignation” to be a candidate in the 2023 Elections, the majority of the voters of the Frente de Todos do not resign and want to elect Cristina Fernandez de Kirchner in the next comics. If the vice president is not on the ballot, the most chosen option would be Axel Kicillof. further, patricia bullrich She is the leader with the best image in the opposition and santoro in the ruling party

The data comes from a December 2022 edition of the “Social and Political Humor Monitor” What the pollsters published D’Alessio IROL-Berensztein. The measurement was carried out at the national level and had the response of 1,107 people online.

The poll shows the predilection for the Kirchner sector of the ruling coalition and also a revelation: the deputy Leandro Santoro, another confidant of the president Alberto FernandezHe is the front player with the best overall image.

However, among Peronist voters, the idea persists that the former Head of State promote the list in 2023. Or failing that, that a person of her absolute confidence do it, such as the governor of the province of Buenos Aires.

In the survey the numbers are clear: for 77% of the pro-government supporters, CFK and Kicillof have the best image. Although this does not translate into votes at the polls, favoritism for the K candidates is defined. Added to all this are the statements to PROFILE by a historic Buenos Aires leader who asked Kicillof to play a PASS with Sergio Massa.

Santoro (74%) and Eduardo “Wado” DePedro (71%), Minister of the Interior. Alberto Fernández reaches 48% and Massa, the head of Economy, is better positioned with 60%.

Survey: how big is the Frente de Todos in the 2023 elections without Cristina Kirchner?

The opposition, with better general numbers than the Frente de Todos

D’Alessio IROL-Berensztein also calculates the percentages of positive image in a general table, taking into account the pro-government voters, Together for Change, the left, the liberals and the libertarians.

There, the one who added the greatest consents was the head of the PRO, patricia bullrich (51%). Behind her sat the Minister of Health of the City of Buenos Aires, fernan quiroswho was driven by Horacio Rodriguez Larreta to dispute the Buenos Aires Government Headquarters. The doctor reached 50%. 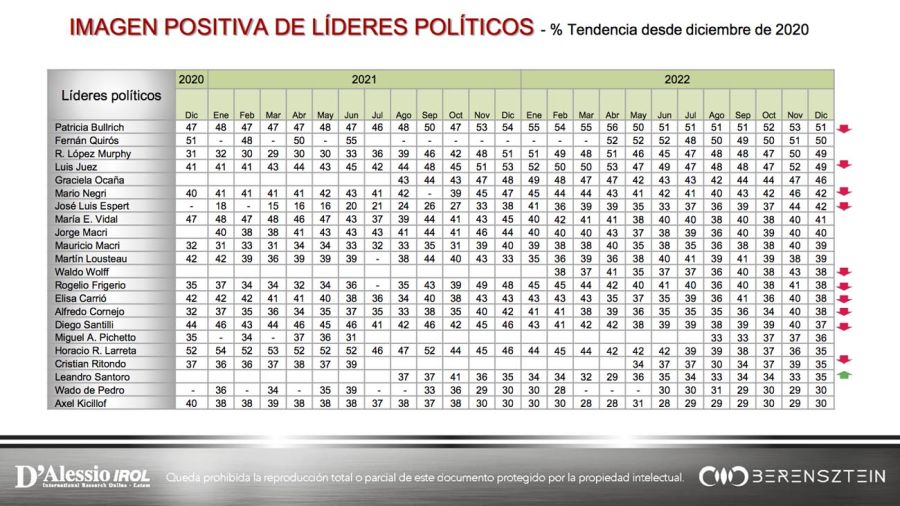 The podium is completed by two other Cambiemite leaders: the deputy ricardo lopez murphy and the senator louis judge, both with 49%. “Patricia Bullrich and Luis Juez are the two most valued figures for JxC voters. Fernán Quirós maintains the best balance,” the survey clarifies.

In this article, the one who obtained the best position within the ruling party was Santoro, who had a 37% positive image among voters of all parties.

Comparative economic situation and management of the National Government

In another section, the current economic situation with respect to 2021 and 2023 is consulted. In this comparison with last year, a bad perception is observed, where 38% thought they were “much worse” and 34% “worse”. 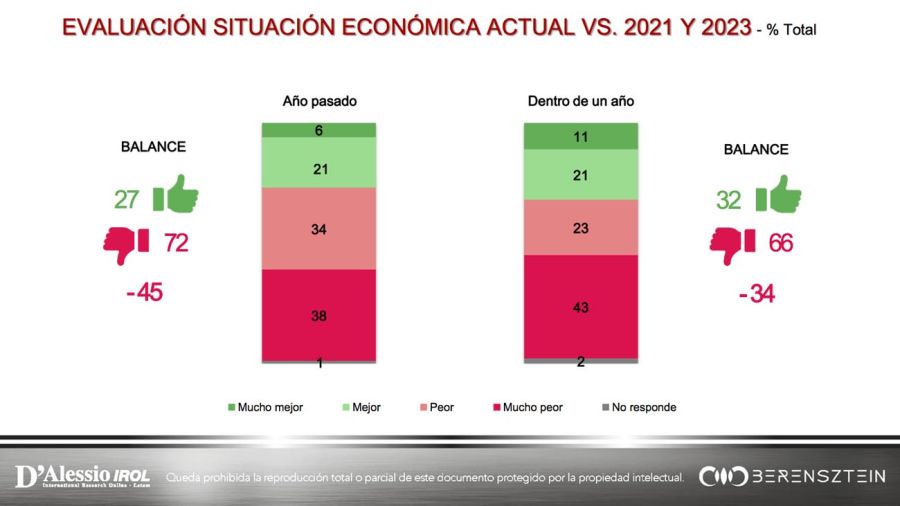 However, when the year ahead is taken into account, there is a margin of hope: negativity drops from 72% to 66%. 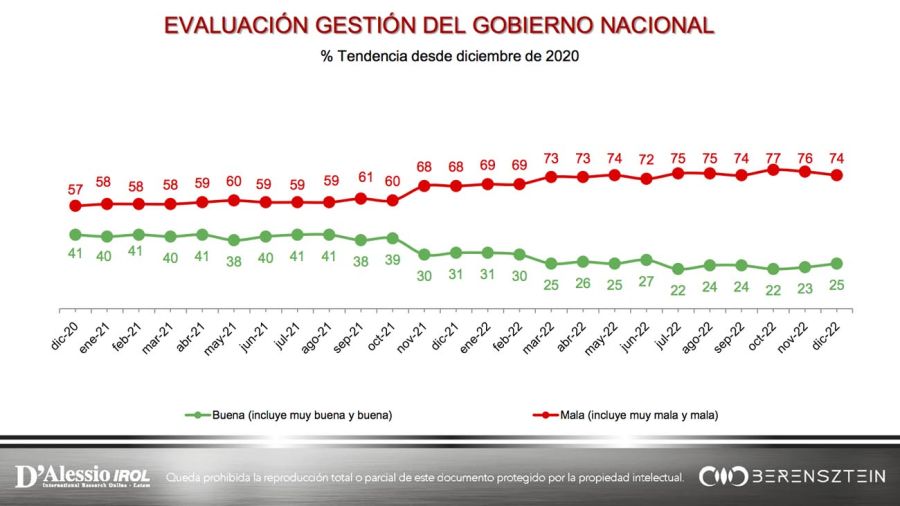 Lastly, the management evaluation in December fell two points, from 76% to 74%, a run above 70% that has not arrived since March 2022.

Big Brother: the Rodríguez Saá will face each other again for the governorship of San Luis

The clashes between Adolfo and Alberto Rodríguez Saá son a classic of Punto politics. There have been innumerable short circuits…