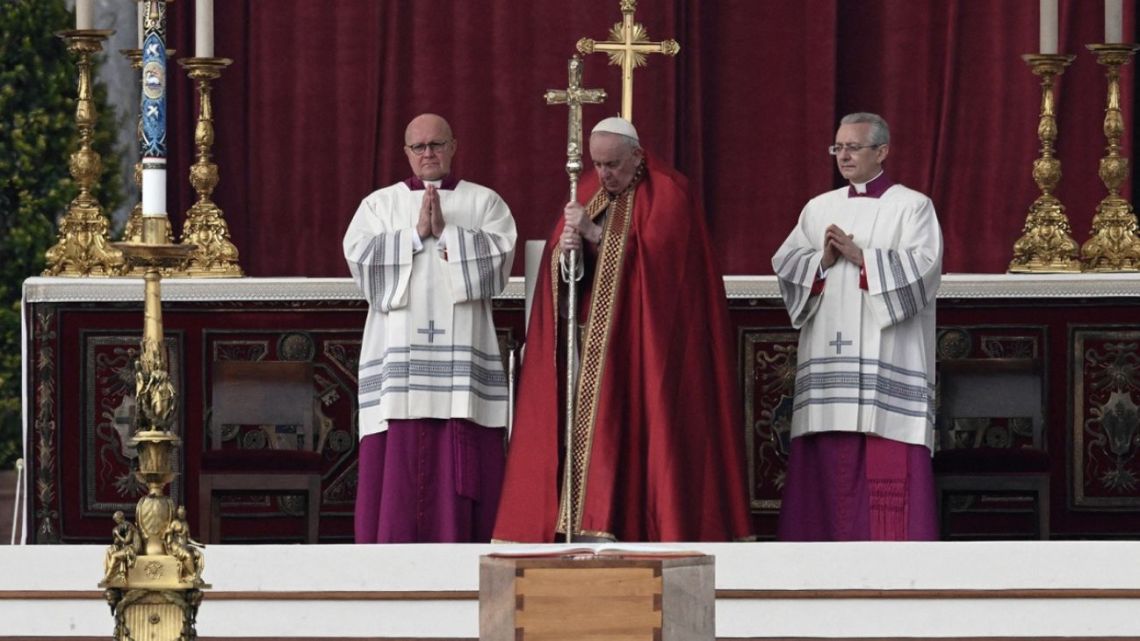 On a foggy morning on Thursday the 5th, the body of Jose Raizerger was presented in the atrium of the imposing Roman basilica. A copy of the gospels was placed on top and inside the coffin was placed a brief summary of his pontificate.

Benedict XVI He was the 265th Pope of the Catholic Church and the seventh sovereign of Vatican City. The ceremony was celebrated by some 4,000 religious from all over the world and his Holiness, Francisco, highlighted the wisdom, delicacy and dedication of the former German Pope.

The presence of a Pope at the funeral of his predecessor is something unprecedented in the recent history of the church. At the end of the ceremony, Francisco blessed the cajón in front of 50,000 people.

Benedict XVI, the German who renounced the throne to be a Pope in the shadows

The body was deposited in three coffins. One inside another. Made of cypress, zinc and another made of wood together with the coins and medals minted during his pontificate.

Being a pope emeritus, the funeral was not considered state. The burial took place in the crypt of the Vatican basilica and the body will rest where Pope John Paul II was before.

Benedict XVI was the first German Pope of the modern era. His pontificate lasted from April 19, 2005 until his resignation on February 28, 2013 after multiple scandals and intrigues.. In early 2022, he was accused of covering up four pedophile priests when he was Archbishop in Germany. A stain that tarnishes his papacy and a case that he denied until the end of his life.

Joseph Raizerger, as a recognized authoritative theologian, left behind a rich legacy of study and research on the fundamental truths of the faith.

Big Brother: the Rodríguez Saá will face each other again for the governorship of San Luis

The clashes between Adolfo and Alberto Rodríguez Saá son a classic of Punto politics. There have been innumerable short circuits…

Quiniela today: results of the National and Province LIVE

The results of the Eveningthe third draw of the Football pools Nacional, currently called City, and Province of Buenos Aires…