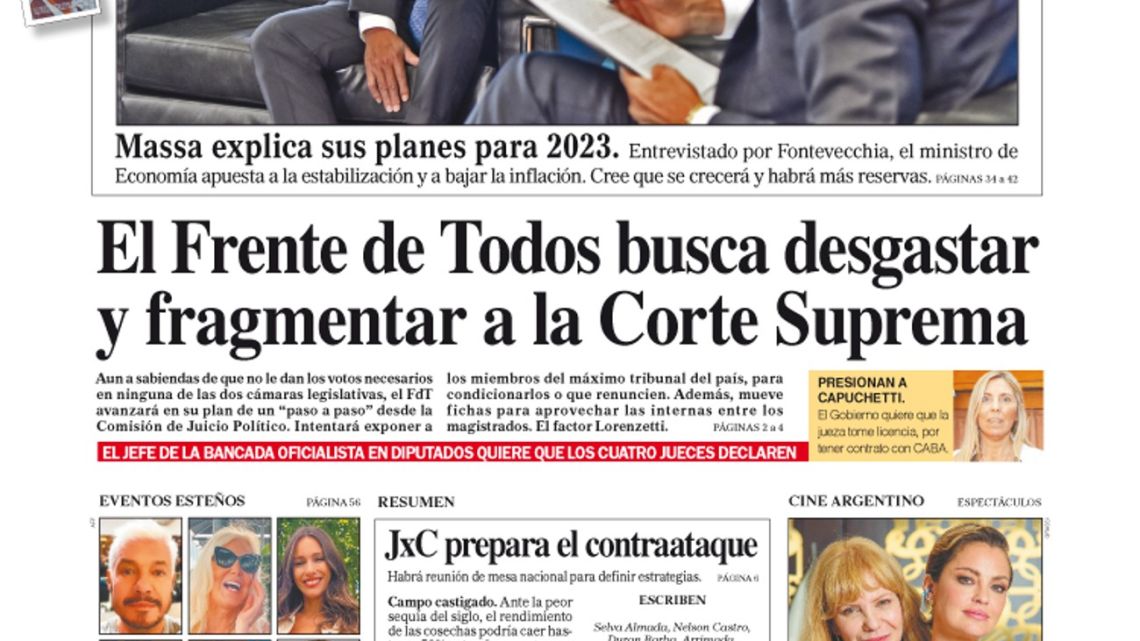 Below we offer a review of the main titles of the 1786 edition of the PERFIL newspaper, for this Sunday, January 8, 2023, an edition that, as usual, is accompanied by the “plus” of 9 supplements: The Observer, Culture, Sunday, D&D, Textum, Shows, Weekend. Joker plus Crossword and Economic Profile

The Frente de Todos seeks to wear down and fragment the Supreme Court. Even knowing that they do not give it the necessary votes in either of the two legislative chambers, the FdT will advance its plan “step by step” from the Impeachment Committee. He will try to expose the members of the country’s highest court, to condition them or to make them resign. In addition, move chips to take advantage of the internal ones among the magistrates. The Lorenzetti factor.

The head of the official bench in deputies wants the four judges to testify.

JxC prepares the counterattack. There will be a national table meeting to define strategies.

Sergio Massa explains his plans for 2023. Interviewed by Fontevecchia, the Economy Minister bet on certainty and lowering inflation. He believes that it will grow and there will be more reserves.

punished field. In the face of the worst drought of the century, crop yields could fall by as much as 50% this year.

Baez Sosa crime. All the keys to understand in depth what the first week of the trial was like.

Crowd for the Gauchito Gil. Some 300,000 people in Corrientes are waiting for today to venerate him.

How much do celebrities make in Punta del Este. There is a variety of rates: from dollars to exchanges.

Roth and Fonzi shine in a new premiere.

On the return to European football: the world champions continue to be celebrated, now on the pitches.

Write in this issue:

He faked his own death to see the reaction of his loved ones: they all ended up angry with him

United Nations 60-year-old Brazilian faked his own death to see how their loved ones reacted, but to reveal that the… 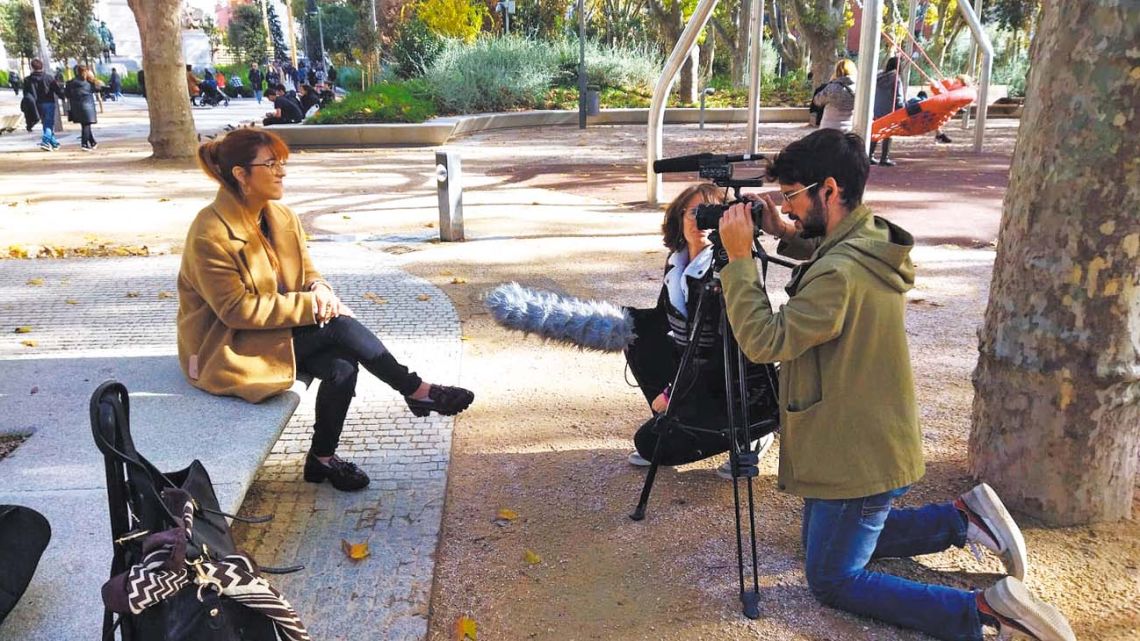 “The best interest of the minor was not taken into account, but the condition of the biological mother”

With a critical vision of the judicial use of the gender perspective, valentina ortizactivist and influencer, gives an account of…

The cover of the newspaper PROFILE for Saturday, January 28, 2023

Below we offer a review of the main titles of the 1,791 edition of the PERFIL newspaper, for this Saturday,…